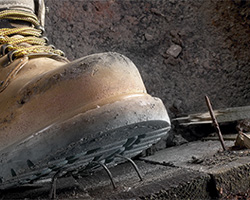 Safety footwear is designed to protect the user from potential work hazards. There are different components that made up safety footwear. These components include safety toe guards, metatarsal guards, electrical hazard ratings, electro static dissipating ratings and the soles of the shoes.

The mission of the Occupational Safety and Health Administration (OHSA) is to save lives, prevent injuries and protect the health of America’s workers. OSHA believes that the employer shall ensure that each affected employee wears protective footwear when working in areas where there is a danger of foot injuries due to falling or rolling objects or objects piercing the sole. Such equipment shall comply with American National Standards Institute (ANSI), ANSI Z-41-1991, “American National Standard for Personal Protection-Protective Footwear” [62 FR 40141, July 15,1997]. To accomplish this, federal and state governments must work in partnership with the more than 100 million working men and women and their six and a half million employers who are covered by the Occupational Safety and Health Act of 1970. 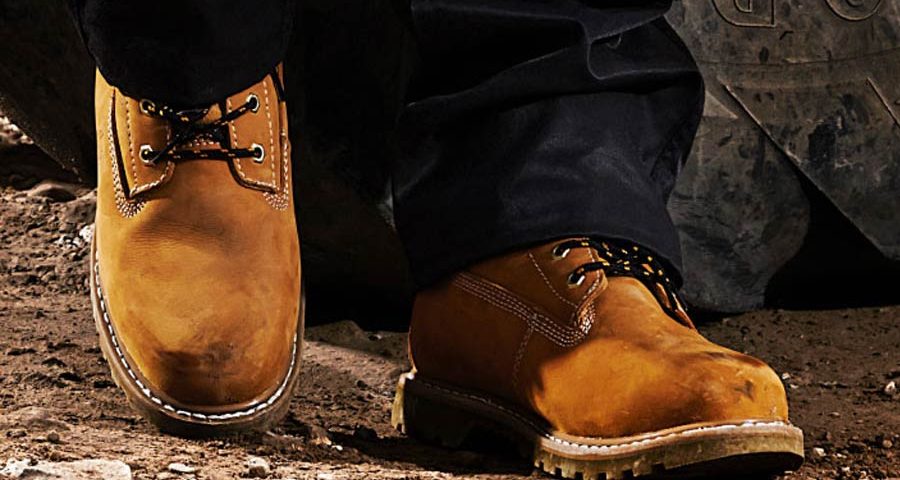 Safety toe guards originated in safety boots in 1925 with the intention to ultimately reduce the danger of foot injuries. Since then, the American National Standards Institute has set standards for protective footwear. There are two basic requirements all safety footwear must include: impact and compression. According to the test results there are three classifications of each.

The toe must have a minimum clearance inside the toe area of the shoe of 16/32” for men’s footwear and 15/32” for women’s footwear after the tests are completed.

Metatarsal guards protect the upper foot and toe area from potential “drop” hazards. The metatarsal guards can be attached to safety shoes both internally and externally. Each foot contains 26 bones.  Most of those bones are found on the upper foot and are called the metatarsal bones, from which the name of this protective device originates. Keeping each and every bone protected is very important so one can work freely without pain or injury. 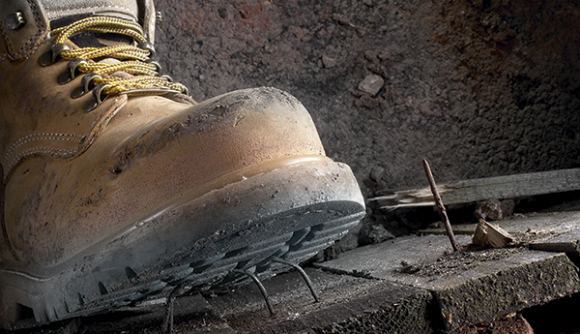 Electrical Hazard (EH) rated footwear is designated to protect the wearer against open circuits up to 600 volts. EH footwear* is great for employees working around a plant or factory, such as plant operation personal, are usually most susceptible to EH conditions. EH safety footwear construction consists of a heel and sole combination usually molded into one single piece to the upper boot without any nails or metal. EH ratings are Tested by an independent lab to be able to withstand applications of 14,000 volts (V) at 60 Hertz (Hz) for one minute, with leakage in excess of 3.0 milliamperes (mA). EH ratings can also protect the wearer against open circuits up to 600 V or less under dry conditions.

Electro Static Discharge (ESD) is the shock that is felt when a person walks across a carpet and touches a door knob and a discharge of electricity occurs between that person and the door. That shock was actually a discharge of electricity in the range of 2,000 to 3,000 volts.  The shock voltage has to be at least 2,000 volts before the human body can feel it.  The reason the 2,000 volt ESD discharge does not kill someone is that the current is very low, but that same voltage can kill electronic components or possibly ignite volatile chemicals or explosives. To be marked as Electric Static Dissipating Footwear, a shoe must pass testing requirements established by ANSI. ESD footwear* can be classified as SD Type I or SD Type II. Footwear with this designation prevents the build-up of static electricity.  This is done through the construction of the footwear with a special silver thread used to stitch the soles to the uppers or with carbon inserts in the sole or footbed. Static Dissipating (SD) Type I must offer electrical resistance between 1 mega ohm to 100 mega ohms

DEFINITION: ohm = unit of electrical resistance, defined as the resistance in a circuit in which a potential difference of one volt creates a current of one ampere; hence, 1 ohm equals 1 volt/ampere. The megaohm (1,000,000 ohms) and milliohm (.001 ohm) are units derived from the ohm. 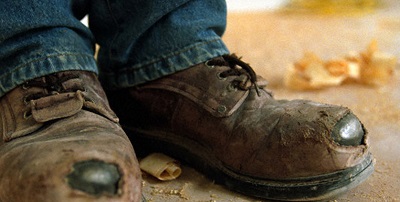 The wear of the safety shoes includes many different types of material used in the construction of a shoe sole, each offers a different benefit. The durability of a shoe sole is at the mercy of the use and the work environment. Always try to match the shoe to the type of work and the working conditions. Most of the safety boots sold today have passed slip-resistance and wear tests.